SAIC on How to Approach a Prime Contractor

by seantucker / Thursday, May 05, 2011 / Published in Business Resources, Prime Contractors, Sean Tucker
The market is tough for subcontractors right now, but it isn’t necessarily easier for prime contractors, according to Babak Nouri, Vice President and Small Business Program Director for SAIC. “There seems to be this myth that, if you’re a subcontractor, you don’t control your own destiny. But as a prime contractor, we don’t control our own destiny, either.”

“If you read the news, listen to the radio, there are challenges now that are just obvious. It’s much more difficult now than it has been in at least five or six years,” Nouri told an audience of small business owners at the govConNet 2011 Congressional Procurement Conference in Rockville, Maryland yesterday. “Our clients are facing some hard choices.”

“They’re taking longer to make decisions because of the huge number of bid protests they face, and because their own resources are strapped, they’re using existing contract vehicles” where, in the past, they might have launched new contracts to achieve a certain task.

Still, there are opportunities for a persistent small business, even in this tough climate.

“There is another myth, that large businesses have this big bench and don’t need to reach out to fulfill a need,” Nouri explained. “The truth is, it’s not profitable for us to operate that way.”

Nouri also noted that “small business utilization is sometimes a requirement in an RFP. Whereas before there might have been a bit of a ‘cut and run’ mentality” in the government approach to meeting small business requirements, “today we’re being held to them.”

So how do you get their attention?

Timing is everything, Nouri said. For instance, he said, don’t bother to contact a company after a press release announcing a contract award. “If it’s gone to a press release, it’s way too late,” he said. “Even looking at open job positions on a large business website is very risky. How do you know they’re not destined for our employees already? If we have these positions, they’re going to be given to companies that are already teammates.”

What Nouri calls “passive approaches,” like emails to a company’s small business liaison office, are rarely effective either. Instead, he recommends, small businesses should actively target opportunities. “Market directly to the federal agencies,” he recommended. “Become familiar with the landscape at the customer location. If you know what the customer likes and doesn’t like, we want to talk to you.”

The best time to approach SAIC about an opportunity, he said, is well in advance of the RFP. “Some of the opportunities you see forecast that are three or four months out,” Nouri explained, “we already have a team in place.”

A company the size of SAIC, Nouri said, is particularly interested in small businesses that have a relationship with the agency that generated the opportunity they want to pursue. “If you have knowledge of the opportunity, demonstrated past performance and unique customer knowledge, we’re listening.”

Once you get in front of a prime contractor for a teaming discussion, Nouri advised, be honest about your capabilities. “Know your weaknesses. There is no need to grandstand. Sometimes the most respect a small business can earn from our folks, they get by saying “no, I really don’t do that. My specialty is limited to this area here.”

Once teaming discussions have started, Nouri has only two pieces of advice – get a signed agreement as soon as you can, and be responsive.

“The biggest pain I have” as director of small business outreach for a large company, he said, “is small businesses who say to me, ‘we’re on your team,’ but they’re not. They’ve just had a discussion with a program manager but they don’t have a signed Non-Disclosure Agreement or a signed Teaming Agreement.”

“I’ve seen more small businesses dropped from a team because they didn’t stay on top of the proposal process than for any other reason,” Nouri warned. “Be responsive to data calls, share any market intelligence you come across, and continue to perform well on your existing contracts. Bad news about your performance on another contract will send a proposal manager’s blood pressure through the roof,” he explained.

After all, the environment may seem competitive for small businesses – but it isn’t any easier for a company the size of SAIC (which claims 32,000 employees worldwide). “Not long ago,” Nouri said, “I had a government program manager say right to my face ‘nobody gets fired for hiring IBM.'”

Sean Tucker covers the federal government and the contracting industry for GovWin.com, the network that helps government contractors win new business every day. He can be reached at seantucker@govwin.com. 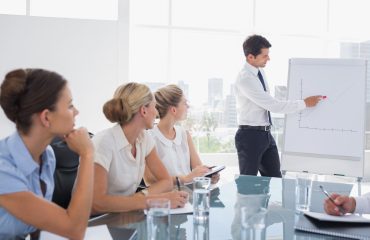 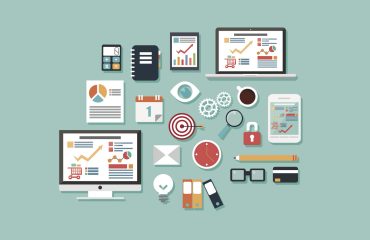 Why Do You Need Marketing Automation? 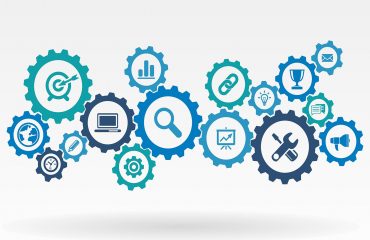 What Is Marketing Automation?