by gceditorialteam / Wednesday, July 13, 2011 / Published in GovCon Insights
Agencies play it safe with contract types [Federal Computer Week] – An Office of Federal Procurement Policy report[PDF] released July 8 finds that agencies cut around $3 billion in time-and-materials contracts and spent more on cost-reimbursement contracts from 2009 to 2010 to lessen risk. Fixed-price contracts remain the most populartype, accounting for 63 percent of procurement spending in 2009 and 62 percent in 2010.

White House Orders Service Support Contract Cuts. Are You Vulnerable? [GovWin] – Deniece Peterson, senior manager of federal industry analysis at Deltek, notes that agencies were not caught off guard by the Office of Management and Budget call for cuts in service contracts, but were surprised the amount was as high as 15 percent. She identifies the 15 product and services codes that will be targeted and how the cuts may affect contractors.

Plans for Ingleside base redevelopment keep progressing [Corpus Christi Caller] – Canyon Supply and Logistics is on schedule to close September 15 on the purchase of an offshore oil service complex on the former Naval Station Ingleside in Texas. Contractor Camber Corporation is looking to lease several of the buildings.

Northrop Grumman names executive to manage IT contract [Richmond Times-Dispatch] – Northrop Grumman is installing 17-year veteran Jim Kane in September as its fourth project manager since 2005 on the Virginia Information Technologies Agency contract, the most lucrative privatization contract in state history. Delays, cost overruns and management rows have hampered the project to modernize and run the executive branch’s IT infrastructure.

Government burdens industry with too much risk, CEO says [Federal Times] – BAE Systems CEO Linda Hudson said at the National Contract Management Association World Congress in Denver on Monday that the government needs to reduce risk for contractors and allow them to profit from their efforts and innovation. Office of Federal Procurement Policy Administrator Dan Gordon said Tuesday that improving agency/industry communication will take time and persistence.

Defense Contractor Partnerships Could Spur Innovation [National Defense Magazine] – General Dynamics Land Systems has opened a Michigan facility to spur the quick development of innovative technology for military customers, who are increasingly looking for commercial technology to transform into vehicle programs. Center director Joanne Cavanaugh says it has drawn non-traditional DOD suppliers such as small businesses and the automotive and racing industries.

Federal Diary: Searching for answers at the troubled Federal Protective Service [Washington Post] – A House homeland security subcommittee on cybersecurity, infrastructure protection and security technologies hearing today is likely to ask the Federal Protective Service why it has 13,000 private security guards and less than 1,200 employees. While issues have occurred with the reliance on contractors, many Republicans oppose making them federal employees.

Booz Allen confirms data breach [BusinessWeek/AP] – Booz Allen Hamilton admitted it was hacked, but thinks the attack was limited to data pertaining to a learning management system for a government agency. It is still reviewing the nature and extent of the attack.

Today’s GovCon Cons
Guilty: New Jersey Defense Contractor Pleads Guilty to Violating Arms Export Act [Bloomberg] – Swiss Technologypleaded guilty to using cheaper Chinese parts without an export license for parts of M4 and M16 rifles and M249 machine guns and telling the DOD it made the parts itself. It will pay $1.1 million in restitution.

Contractor Works With Live Shell
Green Sea Turtle Returns to Ocean After Tumor Removal [Veterinary Practice News] – National Oceanic and Atmospheric Administration contractor Robert A. Morris successfully removed an 8.5-pound tumor from an endangered Hawaiian sea turtle and the creature returned home. The surgery was only the second of its type in Hawaii in the past nine years.

Hopefully Beano Is on the Menu Too
Dine like astronauts with out-of-this-world meal [Bethany Beach Wave] – NASA is encouraging people to emulate the space shuttle astronauts’ meal on Thursday by eating barbecue brisket, grilled chicken, Southwestern corn, baked beans and apple pie. The agency has come a long way since it contracted with General Foods for Tang drink and Pillsbury for Space Food Sticks. 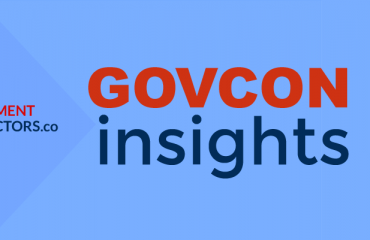